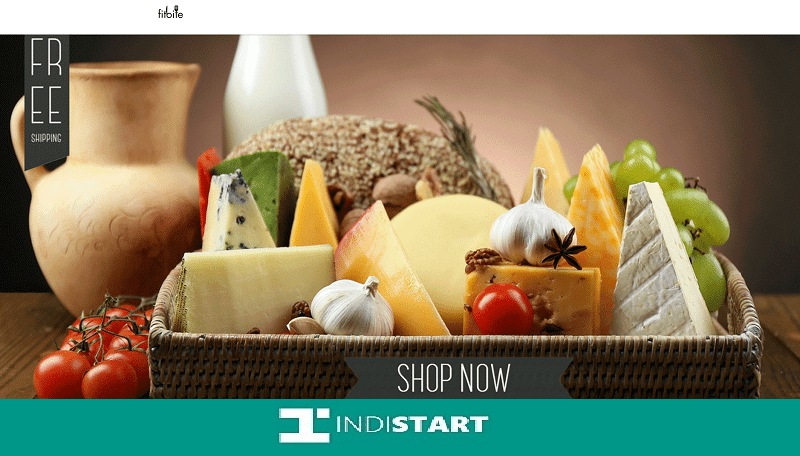 Caught in the daily routine like slaves, we often neglect some of the very essential aspects of life – the body. Skipping meals, gobbling down big fat burgers in a hurry, we don’t think twice before tainting our bodies with unhealthy food.

Missed breakfasts and sloppy lunches seem to have become the norm in the lives of a large portion of today’s young working generation. These lousy habits, though seeming inconsequential at the moment, invariably lead to deterioration of health. Lethargy, frequent disorders and a general lack of stamina are only some of the manifestations of this bane of the working life. In the recent past, we have seen startups like Foodpanda, JustEat and an endless chain of online grocery site who have been throwing us with an offer of junk food to eat which is not the best for our body.

We recently came accross a startup named Fitbite which aims at solving this endless issue. And we got in touch with Harshit Agarwal, COO, Fitbit to know more about them.

Well, the world isn’t slowing down, is it? Work has to go on at the same (or a better) pace, projects have to be completed, deadlines have to be met. How, then, to balance work and health, you must be wondering? Worry not, FitBite’s here to help. We deliver semi-cooked healthy recipes according to users’ choice on our portal

Fitbite was launched last week on 27th September 2015. They operate currently from Chennai and will be expanding soon to the capital city New Delhi.

The idea was conceived in a hostel room in IIT Delhi. The daily dull mess menu had made fast food helpings fairly frequent. Naturally, this led to a lot of visits to the hospital, and a general persistent state of lethargy and ill health. Provoked by a few casual discussions, they looked up the impact of bad eating habits on human health over the internet and realised that this problem was extremely widespread, not only in the college crowd but also in the working population and busy families. With this in mind, they started looking around for solutions to this unhealthy eating problem.

Detailed primary and secondary research of the target segment made them realise that semi prepared recipe boxes would it the common man the best, not being too hard on either his pocket, or his time. They also felt the need to offer the customers another incentive for adopting this model of healthy living – thousands of tasty and easy to cook recipes, to ensure that the customers don’t get bored.

Here’s how it works – You sign up at Fitbite, look at the thousands of delicious yet healthy recipes they’ve listed for you, and let them know which ones you’d like to have. They deliver to you the semi cooked ingredients with a proper recipe so that all you need is five minutes to cook the food. You save time buying groceries, you save time cooking or waiting for the ordered food. Also, through the portal, you can connect to hundreds of nutritionists and diet experts who can help you chalk out the perfect meal plan suited to your body and working conditions.

Any Funding backing up Fitbite?

Yes! But Funding source and amount cannot be disclosed at this early stage.

What are Expansion Plans?

And they don’t plan on stopping here. These young guns have big plans on their minds. They are working towards achieving their mission of large scale diffusion of healthy eating habits. They intend to set up systems that recommend to a user the healthiest and tastiest recipes, according to his location, the time, and his previous ordering preferences. Imagine arriving in a foreign city for a meeting and having your phone tell you the best and healthiest meals suited to the location, with special consideration of the fact that you don’t prefer spicy food. With Fitbite, that day might not be far away.

Eating healthy was never this easy. You carry on with your work, leave the rest to Fitbite!